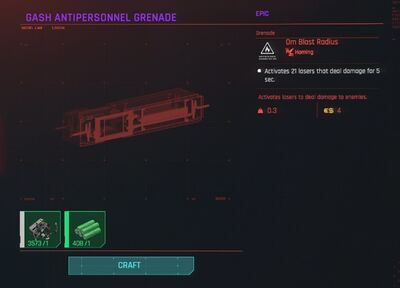 The GASH antipersonnel grenade will hit the ground, then rise up and float above the ground with 24 lasers coming off of it. The grenade rotates so the lasers are constantly moving around. Every time a laser passes through an enemy, they take massive damage. If an enemy is standing right next to or directly below the grenade they can expect to take a lethal amount of damage.

There are supposedly multiple drop locations for the crafting schematic, but we know for a fact there's one location.

The first place you find the epic GASH antipersonnel grenade crafting spec is in Santo Domingo. Fast travel to the Almunecar & Jarez fast travel station. From there head north, the street will go down a hill. As soon as you start going downhill, jump the fence to the left and you should be in the backyard of a house that has hundreds of bags of trash in it and an empty pool filled with bags of trash. Walk up to the backside of that house and there should be the epic GASh antipersonnel grenade crafting blueprint sitting in a box right along the back of the house. 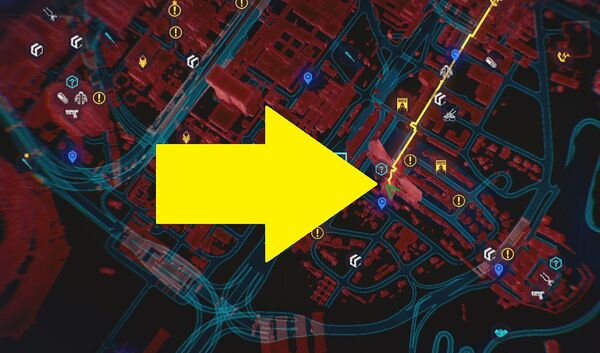 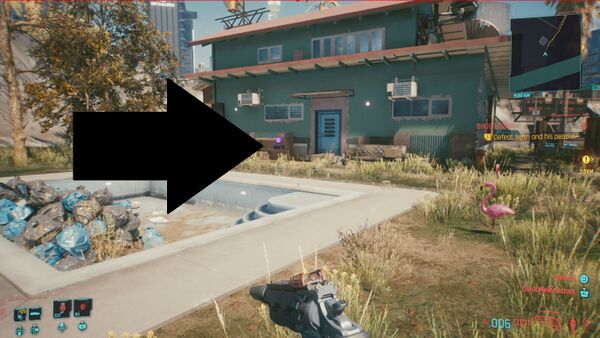 The epic version of the Gash Antipersonnel grenade does a lot of damage. The crafting spec can be found in Santo Domingo in Cyberpunk 2077.